Sturdy Power Lines is the trusted name in Ontario for dependable and experienced electrical design, build, and maintenance services. We proudly serve Southern Ontario including Simcoe County to the District of Muskoka.

At Sturdy Power Lines, our team is equipped to respond quickly and safely. With pride in our work, you’ll find that we’re honest and forthright, keeping you in-the-loop every step of the way.

Putting you first, our mission has always been to get the job done on time and on budget. Providing reliable service with memorable professionalism has led us to where we are today. 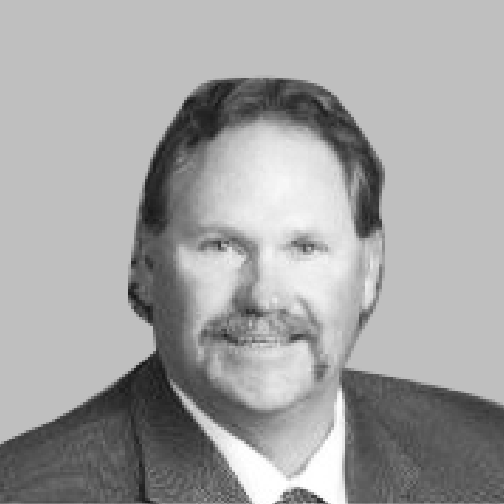 Glenn N. Sturdy, B.Eng., began his work in electrical contracting with his family business at the early age of 14, working during summers and weekends as a labourer and equipment operator through high school.

From 1985 to 1990, Glenn attended Lakehead University and completed a Bachelor of Engineering in the electrical field, while continuing to work each summer at Sturdy Power Lines. During this time, Glenn learned the ins and outs of underground and overhead hydro distribution, as well as substation construction.

In 1994, Glenn assumed the position of General Manager at Sturdy Power Lines, where he expanded his abilities in customer service, job design, estimating, tendering, construction, inspection, and invoicing of a variety of projects.

From 1998 to 2002, Glenn was in charge of a large contract with Flamborough Hydro, which saw Sturdy Power Lines perform all of their utility operations.

Since November of 2002, Glenn has acted as President of Sturdy Power Lines. Glenn has also joined the boards and committees of various organizations including the Ontario Electric League, the Master Exam Board of the Electrical Safety Authority, and more.

Born in Richmond Hill and raised in Gilford, Lisa Sturdy graduated from Bradford District High School and later studied Nursing at Loyalist College, Ryerson University, and then Cardiovascular Perfusion at the Michener Institute in Toronto.

Lisa began her professional career as an educator for the ECLS and Perfusion programs at the Hospital for Sick Children, where she remained for 25 years.

Having had the opportunity to travel and teach in a number of different countries around the world during her career, Lisa completed a team mission in China, which assisted in the development of a pediatric cardiac surgical program. Lisa also had the opportunity to present a variety of peer-reviewed research papers in Turkey, Argentina, and Australia.

However, as the daughter of Lawrence and Diane Sturdy, Lisa had been long exposed to the everyday operation of Sturdy Power Lines from a young age. She would find herself on-site with her father on a number of occasions, learning the language and acquiring a variety of skills.

Returning home to the family business, Lisa is now working alongside her brother, Glenn.

Outside of work, Lisa is passionate about mission work and is dedicated to a Canadian non-profit organization that supports work in Haiti. Lisa is also a proud mom to daughters Breann and Lauren, and is a passionate member of the Newmarket Chamber of Commerce and Southlake Hospital Ladies in Philanthropy.

Growing up on a farm in Bradford, Doug Johnston was born a hard-worker.

While in his early 20’s, Doug began to work with Lawrence Sturdy and soon realized his career path was meant to be in the trades.

Following an apprenticeship with Vaughan Hydro, Doug returned to work for Sturdy Power Lines in April of 2004.

Beginning his second career as a lineman, Jim Johnston came to work for Sturdy Power Lines in January 2007.

While Jim had grown up on a farm in Bradford, he now calls Oro-Medonte home, alongside his wife, two daughters, and a son.